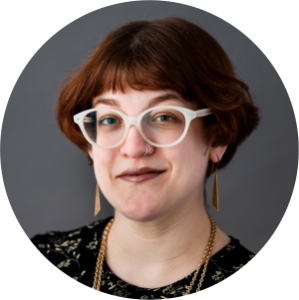 I'm a freshman in high school and I think I might be gay, I'm kind of an Emo but I don't want to be that stario type. I have been watching p**rn but I don't really get turned on by the guys, does this make me gay, I don't really like girls eathier but I do have more feelings for them than guys. But how do I know?

« BACK TO QUESTIONS
A

It can be really tough to wonder about your sexuality – especially in high school, where you’re changing and growing so much! Remember to be patient with yourself, and know that you don’t have to have it all figured out now.

Let me break that down.

Just because you’re not turned on by looking at men having sex doesn’t necessarily mean that you are turned on looking at women having sex. You’re a freshman in high school – you’re not too young to know who you’re attracted to – but you don’t have to know yet. If you’re not turned on by guys, that might mean that you’re not into guys. If you don’t really like girls, you might not be into girls. And your body/brain might not be sure yet. Some people know who they’re attracted to in middle school, some people know in college, and others figure it out later in life. There’s no rush.

I’d love to suggest that you find a community of other people with similar experiences to you; either in person (a school GSA or a local LGBTQ youth group) or online (something like TrevorSpace).

And if you need anything, please feel free to reach out to me. I’m always here to talk.

JFCS clients have a right to be treated with dignity and respect; free of all discrimination, including that which is based on race, age, sex, religion, sexual orientation, gender identity, gender expression, marital status, national origin, or disability; and not subject to any verbal, sexual, emotional, or physical abuse; or harsh or unfair treatment. To the extent possible, JFCS will make every reasonable accommodation to serve you consistent with our program services.

We are committed to affording opportunities to a diverse supplier base, while ensuring that JFCS receives the highest quality products and services at the most economical costs. JFCS desires to promote and enhance mutually beneficial business relationships within the diverse communities of which the Agency is a part. The Agency will make good faith efforts to utilize minority-owned, women-owned, disabled-owned businesses throughout the procurement processes. No preference will be given to any business group or classification.