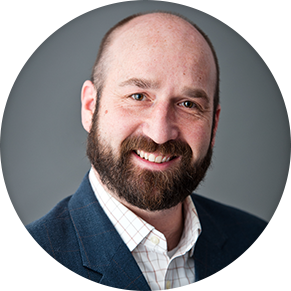 Paul Groch joined Jewish Family and Children’s Service of Greater Philadelphia in 2012. Currently, Paul is the Vice President of Operations and leads the agency in technology, program evaluation and general agency operations. Previous to joining JFCS, Paul graduated with a Masters in Social Work from Tulane University in New Orleans, where he later served as Development Director at the JFS of Greater New Orleans; while in this role, he also worked as an adjunct professor in Tulane’s Department of Social Work. In addition to Paul’s expertise in technology and program evaluation, he has extensive experience as a therapist, a suicide prevention educator and a researcher in older adult trauma. He is a native Chicagoan who, when not working, enjoys spending time with his wife, son and daughter, two dogs and cat.